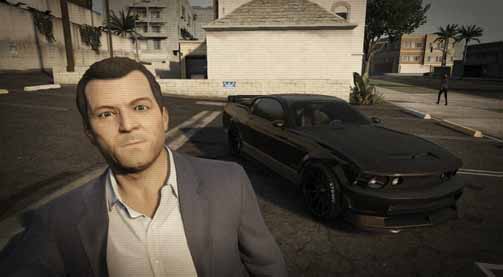 GTA 5 boomed with its release on 2013, and has been gaining popularity day by day since then. And now, after waiting for a while, we are looking forward to the release of a new game, GTA 6.

President of Rockstar Games Leslie Benzies (company, which develops GTA games) told for an international newspaper that they have accumulated “45 years’ worth of ideas”, which probably are going to be implemented on online version of GTA or GTA of a next gen.

Benzies emphasized that all the developers at the current moment are focusing on GTA Online and aren’t sure what GTA VI is going to be like. Nevertheless, we are pretty sure that GTA 6 is going to be released, so let’s discuss the features that would be a great value addition to the whole game.

1. Introduction of a woman:
There were lots of criticism about how women are treated in GTA V, and those remarks are totally true. Though, the appearance of woman character was really rare and just used in fantasies of men.
With the next generation of GTA, it would be nice to see a few female protagonists acting out, being centered on the story line. It would not just give some charm to the game, but maybe also broaden the audience and attract more women gamers.

2. More locations:
New American cities, such as Boston, Washington D.C., and Chicago would add a great value to the game with their interesting cultures and outstanding city views.
One more feature we are looking forward to – breaking away from the current cities that are explored already, and moving to a new city – thrill and adventurous spirit all the way.

3. Brand new jokes:
GTA games are famous for their humorous dialogues, but it would be great to hear some new jokes. We are a bit tired of hearing the same jokes all over again. Please, hire Ricky Gervais or something.

4. New occupations:
New and interesting professions on GTA 6 would be a real deal. Hey, Rockstar Games, grab some ideas – the President of the United States or any other leader of political parties would certainly work.
These are our thoughts on nice-to-have upcoming features of GTA 6, but we would also love to hear your opinions. Don’t hesitate to share them on the comments section!