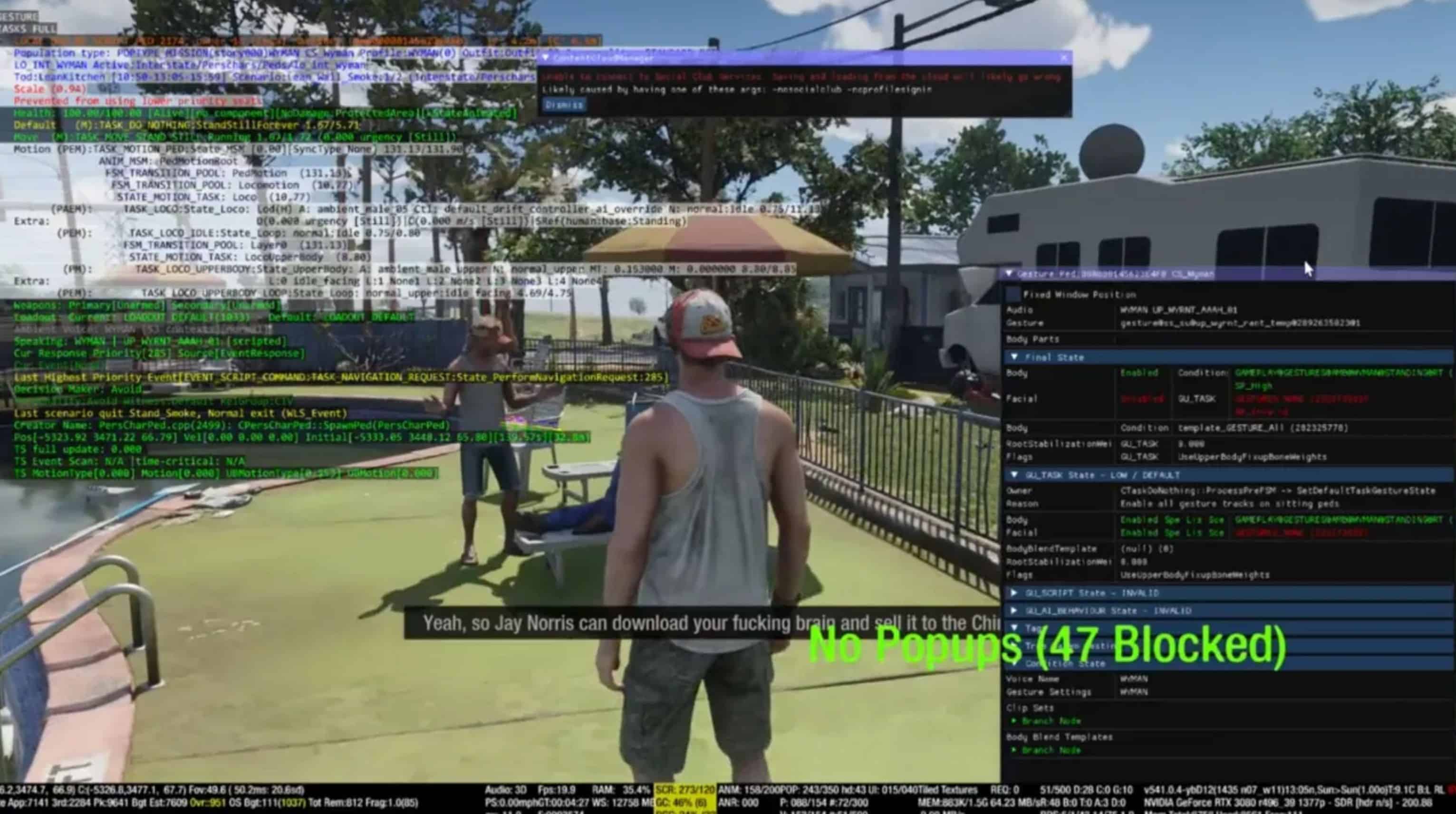 To say that fans have been waiting a long time for “Grand Theft Auto 6” would be an understatement. Although “GTA 5” continues to rake in sales and “GTA Online” has been a smash success thanks to numerous content updates, longtime fans of Rockstar Games’ beloved crime series have been keeping their eyes out for something new for years now. Every couple of months, it seems like “GTA” fans have been reaching for any signs of a new game, coming up with different theories about what the new game could entail. Now, thanks to a massive leak of footage from the nest game in the series, it’s clear that “Grand Theft Auto 6” is closer than ever before.

The leaks stemmed from a post on GTA Forums, where a user named teapotuberhacker casually wrote, “Hi… Here are 90 footage/clips from GTA 6. Its possible i could leak more data soon, GTA 5 and 6 source code and assets, GTA 6 testing build.” And sure enough, the user attached more than 90 videos to the post, showing off the sequel that fans have waited nearly a decade to see. Though many of the fellow posters in the forum were unsure whether or not they could trust these links, teapotuberhacker then sent more proof of his previous work, claiming to be the person behind a series of Uber data hacks reported by the New York Times. At this, more people in the forums began to pay closer attention to what teapotuberhacker had to say — and the clips he provided.

Since the forum post, dozens of videos have made their way to YouTube and Twitter, and while some fans still aren’t totally sold on their authenticity, the clips do seem to confirm a number of details that fans have heard in the past. For one, a female protagonist named Lucia can be seen in several videos, including one where she appears to be sneaking through a diner to rob it in plain sight. It’s a pretty bizarre clip that seems to suggest that the NPC AI isn’t completely fleshed out yet, but it also seems full of the humor fans have come to expect from the “Grand Theft Auto Series,” particularly when the player manages to sneak around behind the police officers and steal their car from them. These clips also seem to verify the recent rumors that “GTA” is cleaning up its act a bit by adding the series’ first female playable character.

That’s not to say it doesn’t still have plenty of crude jokes and swear words, of course. Another clip shows the protagonists making their way through a club, schmoozing with guests and dancers and giving the DJ a hard time. It’s a familiar set-up to fans who have invested hours of play into “GTA Online,” which includes running a club as one of the many jobs players can take on. Of course, this club appears to be totally without music, which makes for an odd party atmosphere, but this is another example of the game not being totally cooked just yet.

Another clip, which has since been removed from various sources, appears to show a police car with the letters “V.C.P.D.” on the bumper, seemingly revealing that the series will indeed be returning to Vice City for the newest installment. Obviously this is a lot for fans to take in, but how are they feeling about this mega-leak?