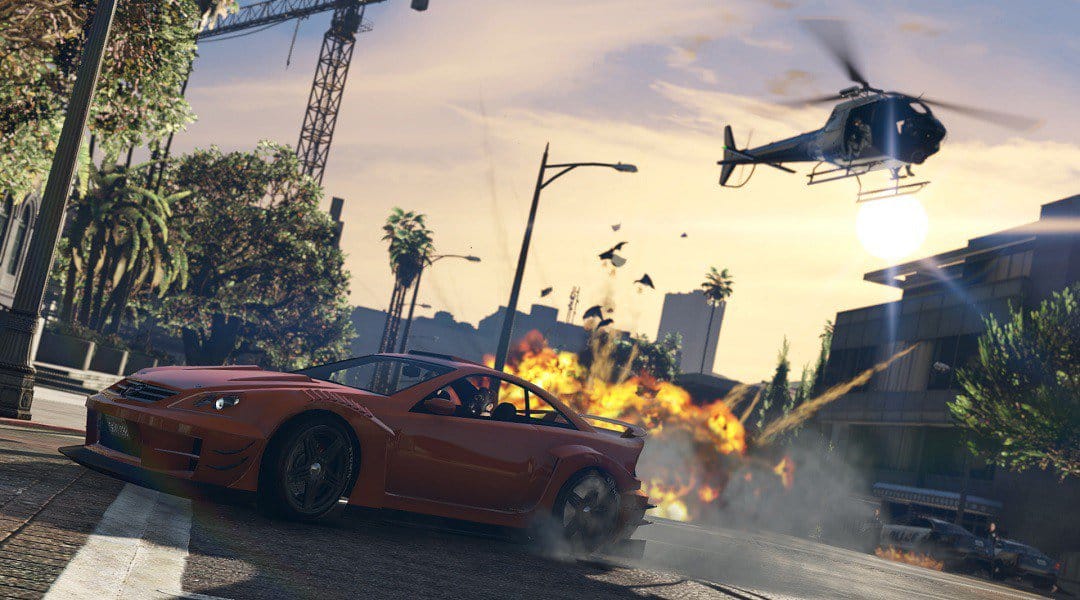 In a now-deleted post on Pastebin, a user allegedly leaked quite a few details about Grand Theft Auto VI. Before being deleted, a Dexterto post copied the content in its entirety. Rockstar has yet to make any kind of official announcement about plans for a new GTA game.

The recent Pastebin leaker suggests that GTA VI will only be available on next-gen consoles like the “PS5” and “Xbox 2” stating, “This game can[‘]t come [out] for ps4 because of memory restrictions.”

Supposedly, the unannounced game is massive as it takes place mainly between Liberty City and Vice City, while also containing missions in parts of San Andreas, like Blaine County. The leak alleges new towns will be added as updates after launch.

The story, however, should be standard GTA VI adventures. The leak claimed, “In the title which will make you a kind of a drug lord. You will start as a small time guy in Liberty City doing odd chores and small-time thefts and eventually work your way to Vice City, where you will join a famous gang. You will be tasked to look after business in Liberty City until you are brought back to Vice City and soon become the drug lord.”

The leaker also suggests dialogue similar to those had with stranger NPCs in Red Dead Redemption 2 will be found in GTA VI.

Again, Grand Theft Auto VI’s existence has yet to be confirmed by the series’ developer, but PlayStation LifeStyle reported earlier this month that a 3D artist who claimed to have worked on the game had their resume leaked. The GTA VI part of their resume was removed after the rumor spread online.

Both leaks are also supported by a December 2018 Pastebin post, where a user implied GTA VI would launch with the PlayStation 5 in late 2020. This 2018 leak also claimed GTA VI would take place between Vice City and Liberty City. That same user correctly predicted the PS5’s specs with complete accuracy, five months before Mark Cerny’s interview in Wired. This new GTA VI leak further suggests the legitimacy of the earlier PS5 leak, which also suggested the console would get Horizon Zero Dawn Two in 2021.