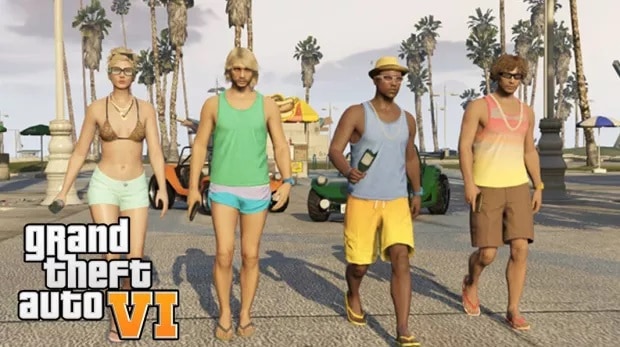 Changes to two Take 2 owned websites have got Grand Theft Auto fans speculating yet again about the possibility of GTA 6 returning to Vice City when it finally launches.

Throughout the early part of 2020, plenty of Grand Theft Auto fans assumed that Rockstar Games would be cooking up an announcement for GTA 6. Rumors and theories spread like wildfire as fans pointed to the Super Bowl reportedly hinting at something coming down the line as well as potential hints inside GTA Online.

Since then, it’s gone pretty quiet on the GTA 6 front. Some reports have claimed that it’s only early in development while some Rockstar insiders have countered that, making their own claims that the next title is almost ready to go.

While Rockstar have remained totally silent on the matter, it appears as if Take 2 – their publishing company – are working on things in the background.

As of August 16, some fans have noted that two GTA related websites owned by Take 2 Interactive have recently had their ownership renewed.

The two sites – one simply named gtavi.com and the other gtavicecityonline.com – don’t actually go anywhere. You can type them into your search bar but you’ll be hit with an error message. They don’t even reroute to GTA V websites like some other GTA 6-related websites do.

Of course, the discovery will have some GTA fan believing that something is coming soon, however, that is unlikely to be the case.

Developers regularly update their ownership of websites, social media accounts, and more just to protect their own IP. It stops them from losing the name to somebody else and having to pay out a large fee when they actually want to use it.

Plus, Rockstar have already committed themselves to updating both GTA V and GTA Online for the next-gen consoles. So, while further changes like these websites will pop up from time to time, the excruciating wait for GTA 6 rumbles on.